Support and empower women & families in crisis during pregnancy

A safety net and a listening ear to expectant mothers

Our mission is to empower women who find themselves in a crisis situation during pregnancy. Too often it is the stress, anxiety, and pressure of life circumstance that is forcing critical health decisions for many women rather than knowledge and strength.
‍
Our team of professional social workers combined with financial assistance from our dedicated supporters provide the opportunity for our clients to be empowered to make critical future-focused decisions for themselves and their families with support, clarity, and confidence. 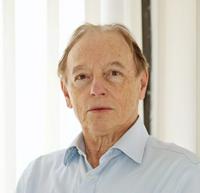 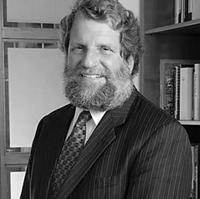 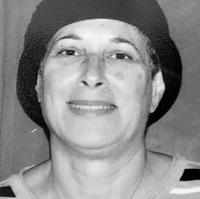 Chairperson of the JOL board 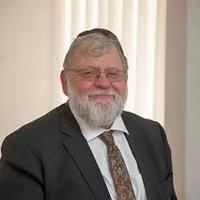 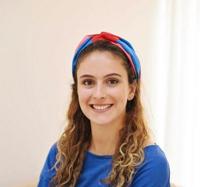 Our History in Numbers 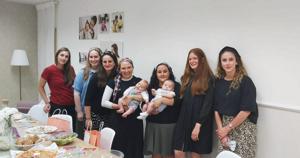 News From our Israel Team With the support of our generous donors, Just One Life/ Nefesh Achat B’Yisrael has always been at the forefront of supporting pregnant women in Israel during their time of need. But this year, that definition grew to include more women and more needs than we ever could have anticipated…  Being laid off from work while expecting a new baby can be extremely anxiety-provoking, especially for someone who already was not covering their monthly expenses. Lockdowns and kids off from school mean expectant mothers on bedrest or postpartum women recovering from labor are not being granted the precious hours of respite that school usually provides. We’ve seen an increase in pre-term labor and birth-related complications as mothers find it impossible to care for themselves properly when their other children are home and requiring care. Many pregnant women were forced to labor alone or were separated from their infant moments after birth when a spouse or child of the woman tested positive. Many new mothers did not receive adequate postpartum care as they were placed in COVID wards. Left alone, weak, and tired after labor, many mothers did not have the energy to advocate for themselves or their newborn child. These traumatic separations and conditions left many mothers with lingering trauma and attachment challenges.  Many clients were left without basic supplies for their babies when forced to quarantine after giving birth. We received countless calls asking if we can provide basic supplies such as formula, baby clothing, diapers, and pacifiers. Women who typically have strong support systems and social interactions were left isolated and alone due to quarantines and lockdowns. We have seen an increase in peripartum and postpartum depression (PPD) as isolation and lack of familial support is a direct risk factor for PPD. We are so thankful for the help that we have been able to provide to these expectant mothers and their families at their greatest time of need. At a time when the whole world is struggling, it has been our greatest honor and privilege to join with our supporters in offering a small beacon of light and hope to each and every expectant mother and family who is referred to us. However, with all the success we have seen, we cannot help but think ahead to all the work that still needs to be done. We would love to be able to offer more support for women whose pregnancies and births have been affected by COVID-19. We would love to send them care packages that can help these mothers better care for themselves and their babies. With the upcoming holidays, we would like to be able to provide more financial and support to help our families make it through We thank you for your loyal support and hope that we can count on your continued partnership. 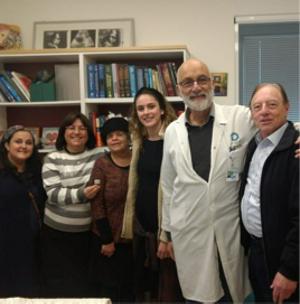 כמה יבראון Israel’s Most Precious Resource is Its Children 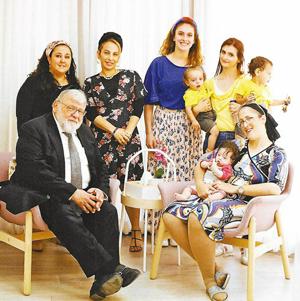 Just One Life/Nefesh Achat B’Yisrael proudly announces its 2022 annual fundraiser, to be held on Wednesday evening, September 21, at the home of hosts Rachel and Azi Mandel in Bergenfield together with co-hosts Sheryl and Aaron Liberman. Emerging from three difficult years during which they were still able to host their annual fundraising event despite the limitations of the pandemic, the organizers and the many committee members are eagerly looking forward to a highly successful event on behalf of this most vital tzedaka. Under the chairmanship of Renee and Steve Adelsberg and Carole and Jack Forgash and the professional leadership of Rabbi Martin Katz, executive vice president, and Chaim Kiss, special projects planner, the organization is marking its 33rd year of empowering mothers in Israel to continue their healthy pregnancies to joyful term and to bring the children they so desire into the world. Just One Life (U.S.) and its Israeli sister organization Nefesh Achat B’Yisrael were founded in 1988 by Rabbi Solomon J. Sharfman, z”l; Dr. Shimon Glick, dean of Ben Gurion University Soroka Hospital; Jack and Carole Forgash; Steven and Renee Adelsberg; and Madelaine Gitelman of Jerusalem. Gitelman, MSW. They were responding to the great need to support expectant mothers in Israel who were facing overwhelming financial and emotional challenges that endangered their healthy delivery and postpartum care for their newborns. After more than three decades over which their staff and services have been expanding, and through which they now support over 600 women per year, for a total of over 19,700 to date, Just One Life is regarded by the State of Israel as one of the most effective programs in the country. Danny Danon, Israel’s former ambassador to the United Nations, commented, “Your work for Jewish families is fundamental to the future and well-being of the Jewish nation. Bringing Just One Life to Israel was an important development, and brought the issue of raising Jewish children to the heart of the Jewish world.” Just One Life/Nefesh Achat B’Yisrael has created a unique formula of assistance that begins early in a client’s pregnancy and accompanies her through birth and afterwards. Since many of the issues are rooted in financial stress, JOL offers monthly subsidies to families to help cover the cost of basic necessities before and after birth. During pregnancy, monthly groups and workshops are held by professionals in the lovely surroundings of the organization’s Jerusalem offices on King George Street, focusing upon parenting skills, psychoeducation, maternal health and mother-infant bonding. Another one of its vital services is its Referral and Support Network. When a woman reaches out to JOL/Nefesh Achat B’Yisrael with a serious issue, which may include postpartum psychosis, domestic violence, complex trauma or impending divorce, they are referred to the appropriate agencies that will assist them in their plight. Hospitals, doctors, nurses and welfare offices refer to JOL/Nefesh Achat B’Yisrael as they are aware of the excellent network of social agencies that work in tandem with the highly regarded organization throughout Israel. In her second pregnancy, Miriam M., already a mother of one child, was threatened by her husband that unless she aborted the fetus, he would serve her with a writ of divorce and leave her penniless. She was referred to JOL/Nefesh Achat B’Yisrael, which assisted and guided her through their social work services and outside agencies. After much effort by many, Miriam is now the proud mother of two, and functioning well on her own, freed from her abusive marriage. Rachel found herself pregnant with her third child during COVID. She was feeling unwell and was laid off from her job. With one less paycheck, her husband panicked about the impending birth. Eventually hospitalized at Shaare Zedek Medical Center, she was about to lose hope when a social worker suggested that she contact JOL/Nefesh Achat B’Yisrael. Through their intervention. Rachel recovered from COVID, gave birth to a healthy baby boy and was assisted financially and emotionally through the services of JOL/Nefesh Achat B’Yisrael. Jack Forgash, co-founder and Chairman of JOL, attributes the great success of the organization to its highly skilled team of professionals. They include Madelaine Gitelman, who served as director for 27 years, giving the mantle over to current Director Chaya Katzin, and the capable and caring professional staff of social workers—Shira Keyak, Sara Gordon, Atara Block, Elianna Rubinstein and Rachel Morris-Azrad. Forgash makes special mention of Dr. Ori Shen, z”l, who yearly referred hundreds of patients from Shaare Zedek’s High Risk Pregnancy Unit. Those who have benefitted from the myriad services of JOL/Nefesh Achat B’Yisrael come from all sectors of Israeli society. They are religious and secular, Ashkenazi and Sephardi, native Israelis and new immigrants. What they share are their limited resources and stressful emotional burdens. As a result of the interventions of JOL/Nefesh Achat B’Yisrael, they give birth to a healthy next generation of Israeli youth who go on to serve in the IDF and Sherut Leumi, further their educations at yeshivot and institutions of higher learning, and become contributing and valuable members of Israeli society. Today many hundreds are married with their own children who continue to be Israel’s prized possessions. The upcoming Just One Life/Nefesh Achat B’Yisrael evening will feature internationally renowned motivational Torah Speaker Rabbi Y.Y. Jacobson, who has spoken at many previous programs on behalf of the organization. To register for the upcoming event on Wednesday, September 21 at 8 p.m., at the home of Rachel and Azi Mandel, go to www.justonelife.org  To donate, call Rabbi Martin Katz at 347-996-7751. 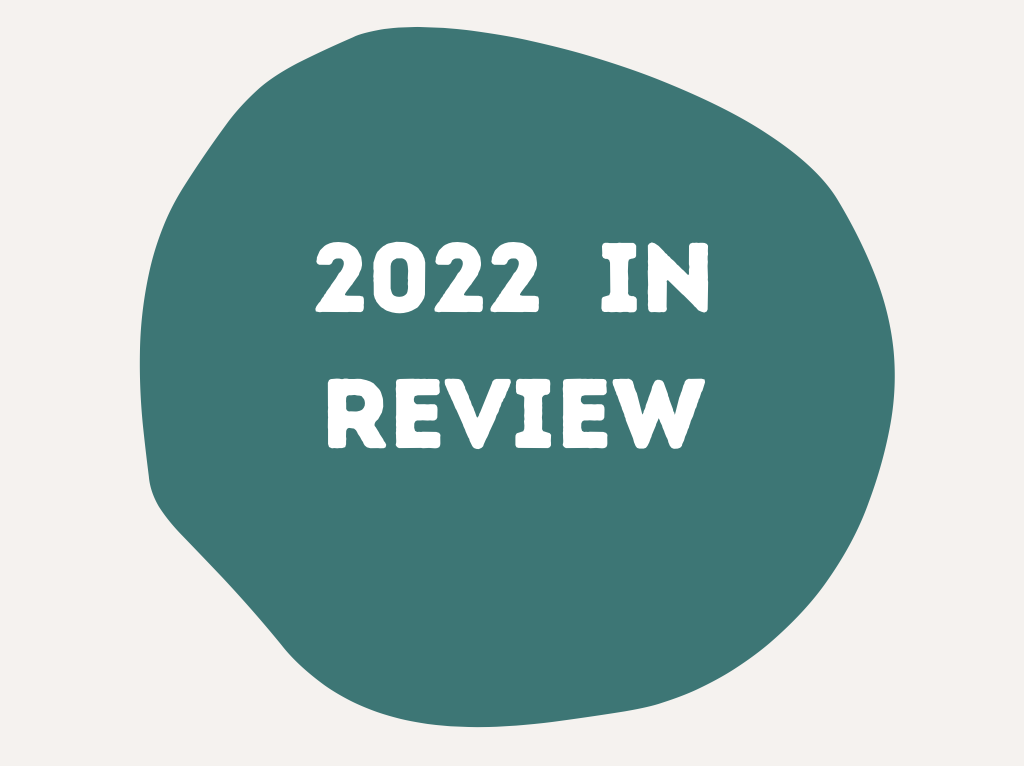