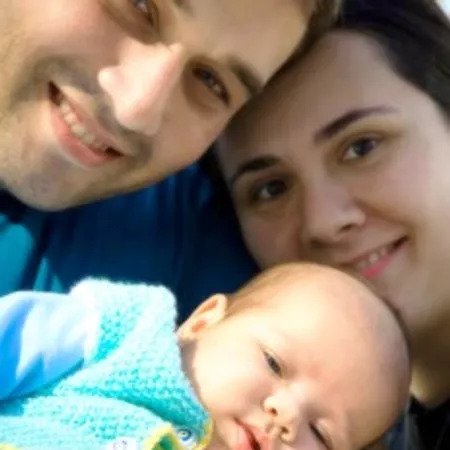 Tova is 27 years old, married and at the beginning of a 3rd pregnancy. The couple has a 4-year-old daughter and twin daughters who are 9 months old. David, her husband underwent a kidney transplant two years ago and is still not able to work. The plan was for Tova to return to work and the twins would be placed in daycare.

Previous to David's kidney transplant, he had opened a garage which had unfortunately failed due in part to his ill health. Within a year, he had to close the business and file for bankruptcy. The couple incurred many debts which they are in the process of repaying. In Tova's words, "It will take a lifetime."

Tova was using birth control when she learned that she was pregnant. Her first thought was an abortion. The daily stress of collectors knocking on the door with demands and threats just didn't fit with bringing another child into this world. They are currently subsisting on a government disability allowance.

Only two years ago they lived a very different lifestyle. The change has taken its toll on the family. Their stable and loving marriage has deteriorated into frequent expressions of anger and accusations. An unplanned pregnancy has forced them to look carefully at themselves and their future.

Tova and David approached Just One Life for help. Our offer of help was timely and genuine and helped not only preserve their marriage but enabled them to choose to continue the pregnancy. They were blessed with a baby boy.

Today they are doing much better. Tova and David have found work and have gotten their lives back on track. They are deeply grateful for the support Just One Life gave them.