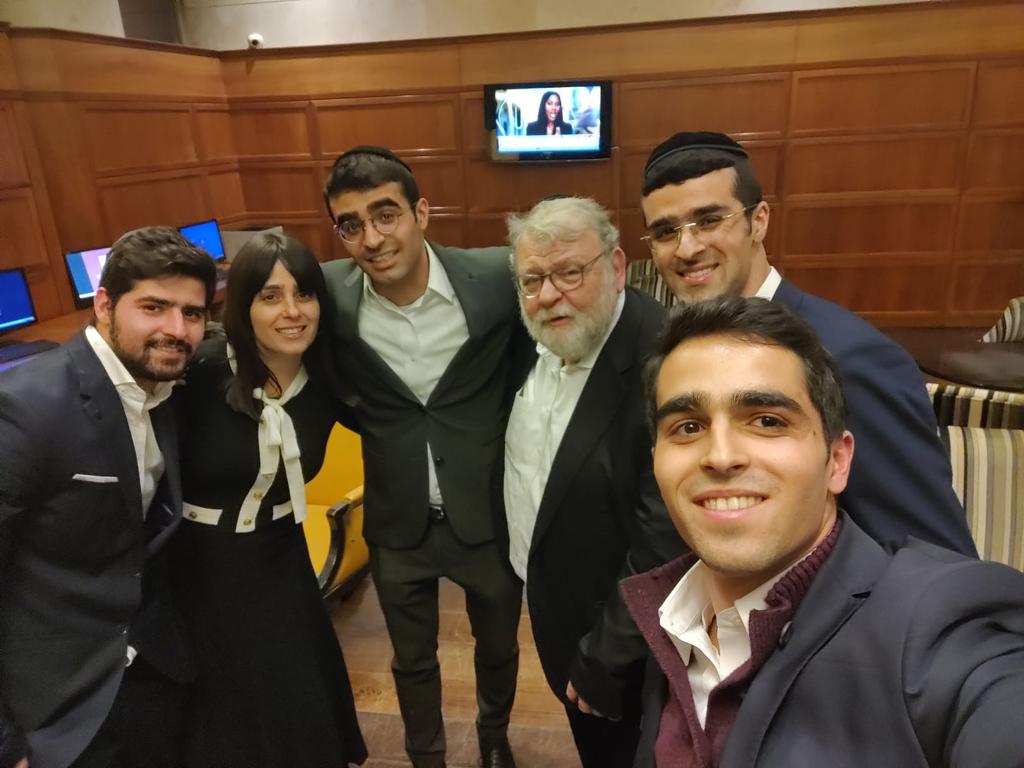 The Mizrachi quads made headlines even before they were born in 1998. Their mother, Yael Mizrachi, was told by doctors early on that the chances of any of the four surviving birth were “one in a million.” Mizrachi, who is a member of the hareidi-religious community in Har Nof, consulted with local rabbis – who adamantly advised her to allow the pregnancy to go to term. And in the end, Mizrachi, who says she did not undergo fertility treatments, gave birth to her four sons within just a few minutes of the start of her birth pangs.

As the four boys – Benzi, Yosef, Shlomo and Yishai (in order of their emergence into the world) celebrated their bar mitzvahs it was a festive ceremony. They put their tefillin on at the Kotel, and at the celebration at a hall in Givat Shaul, they gave a “joint” bar mitzvah “drasha” (presentation on a Torah subject) – with each participating in the speech, with each son saying one sentence, followed by the next, until the presentation was completed.

Mrs. Mizrachi told friends at the event that she was happy and touched to have the privilege of living in Har Nof. “The entire neighborhood has helped me. There is no household in Har Nof that has not offered to help me when I needed it, and thank G-d things have turned out just fine.”

As is customary in Israel, the “bar mitzvah boys” invited their classmates – so with 120 odd kids, relatives and family friends (including the family of former Interior Minister Aryeh Deri), and the family's seven other children, there were far more than 500 people in attendance for the “bar mitzvah of the year” in Har Nof. And, the boys got some great gifts, too – like a set of the “4 minim” - lulav, etrog, hadas and arava – provided by “Hadar 4 Minim,” a local distributor of the items used on the Sukkot holiday. In a statement, the company said that “it just seems that in such a rare event, with four bar mitzvah boys in the same family celebrating their simcha at the same time, that they receive a set of '4 minim.'” Mazal tov!

Several months ago, Rabbi and Mrs Katz visited Eretz Yisroel and spent time with a few families. This includes this special family. The quadruplets are now 21 years old. They were so excited to see how they have grown into mature men, Bnei Torah and more. One of them got married before Pesach. Just one Life brings neshomas into the world and they continue to assist families going forward.

Photo: Rabbi Marty Katz with the quads and their mother at a recent family event.