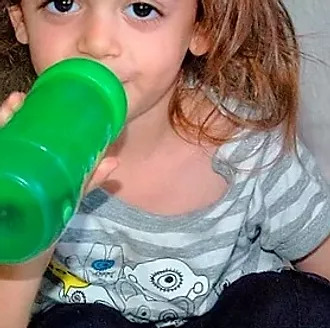 When Naomi learned she was pregnant with her third child, her first thought was to terminate the pregnancy. She was already feeling unwell, her two young children were sick with the flu, and she had just been fired from her part-time job in a Jerusalem dress shop because of her irregular attendance. Her husband, who works as a security guard and earns only $1,500 per month, supported her decision. Without Naomi's paycheck to supplement the family income, he was afraid that they wouldn't be able to feed the family and pay the mortgage. Yet even though she felt totally overwhelmed and depressed by her situation, Naomi also felt very conflicted about ending her pregnancy. When a city social worker suggested she contact Just One Life, Naomi jumped at the chance. And that's how Just One Life stepped into Naomi's life. Just One Life's team of social workers helped her think of ways to manage on a smaller income, learn to create and live on a monthly family budget. Armed with that plan and with the ongoing emotional and financial support she received, Naomi chose to continue. Several months later, Naomi gave birth to a healthy son. The brit was in their home, the baby is starting off his new life in a layette provided by Just One Life,  and mom is in a much stronger mental and physical position to be the happy healthy mother to her children.