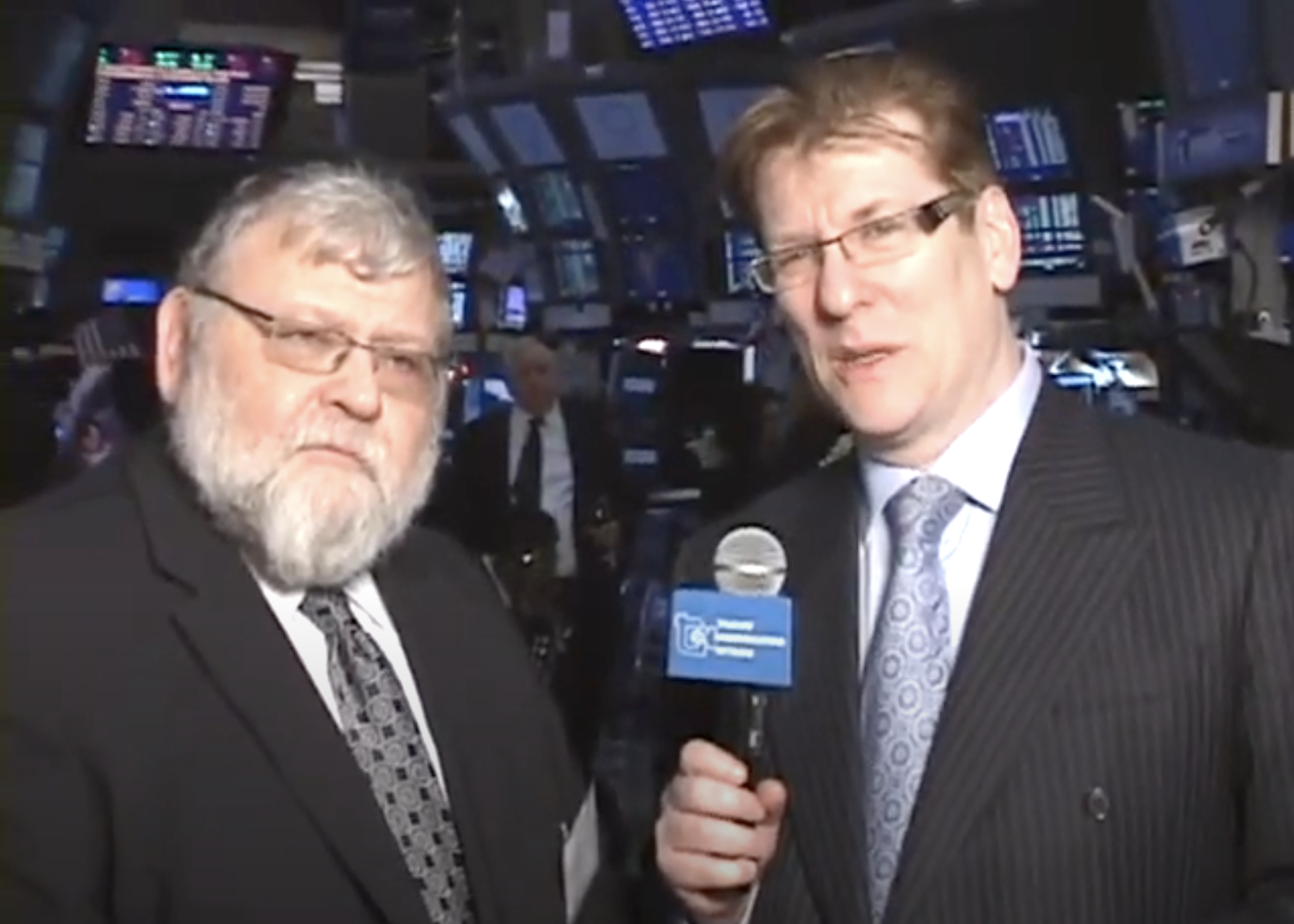 MANHATTAN – Presumably the most important investments ever made at the New York Stock Exchange took place recently at an unusual time: after the institution that powers Wall Street had closed for business. Unparalleled returns are guaranteed for the long term – eternity, really – and will benefit not just the investors, but the entire world. The assets to be generated? Thousands of Jewish neshamos and their descendants. On Monday evening, Dec. 13, one of the economic capitals of the world was transformed into a center for saving lives.

Just One Life, a non-profit social service organization that provides expectant couples and women in Israel with the support and services they need to overcome crisis and carry their children to term, held an historic event right there on the Exchange trading floor. Over 500 people attended “An IPO Evening” (Inspiration, Promise and Opportunity) to support JOL’s crucial work.

While non-industry and charitable functions have been held at the NYSE before, JOL organizers said “AN IPO Evening” was the first kosher one.

JOL’s name is based on the Gemara in Sanhedrin 37a: “He who saves just one life in Israel is one who has saved an entire world.” Teaneck businessman and JOL Chairman Jack Forgash founded the agency in 1989 after reading an article about an alarming trend of desperate parents- to-be and babies at risk in Eretz Yisrael. “Israel’s main resource is its children,” Mr. Forgash was quoted as saying in a recent Jewish Standard article. “Each child our organization helps bring into the world multiplies our people a hundredfold.”

The results were impressive, and 17 executives, were presented with “One Angel” awards. The master of ceremonies was Guy Adami, vice chairman of TradeMonster and featured commentator on CNBC’s Fast Money.

Rabbi Marty Katz has been saving lives in Israel for 30 years – as a part of his work with Israel-based non-profit Just One Life (JOL), he has saved 17,500 babies, including several sets of twins and triplets and even a set of quadruplets who are now 20 years old. It is this work of saving lives through counseling ambivalent, expectant mothers deciding whether to terminate their pregnancy that Katz has become an ally and personal friend to some of the biggest names in the American Evangelical world, such as Pastor John and Diana Hagee, who he says are “amazing people” with great influence over Washington. Not only do they exchange Shabbat (Jewish sabbath) greetings every week, but Pastor Hagee, founder and national chairman for the largest pro-Israel grassroots organization in the United States, Christians United for Israel (CUFI), has ‘put his money where his mouth is,’ supporting JOL with hundreds of thousands of dollars over the past several years and setting an example for other Evangelical churches who have followed in their wake. This year, Katz accepted a gift of $100,000 from John Hagee Ministries at his 37th Annual “A Night To Honor Israel” event at the Cornerstone Church in San Antonio, with Hagee’s Rabbi and Katz’s good friend Rabbi Aryeh Scheinberg. At the forefront of saving Jewish lives in Israel, JOL has gained respect, receiving its financial assistance from dedicated supporters around the world, and in particular, Evangelical Christians who are invested in creating a flourishing Jewish state and supporting the children of Israel. Receiving funds from Pastor George and Cheryl Morrison of the Faith Bible Church in Denver, Pastor Sharon Dougherty from Oklahoma, Pastor Ron Lewis from North Carolina, the Grace Covenant Church of Virginia, the Solace Church in Oklahoma and Pastor Reymundo Meneses of the Life Church of Memphis, their support allows the organization to provide their clients with the security to make critical future-focused decisions for themselves and their families. Doing so relieves burdens before and after the baby arrives, and with this clarity and confidence provided to the client, JOL has saved thousands of lives of women and families in crisis – what a cause! Saving ‘Just One Life’ For the Jewish people, the desire to save lives stems from a central text of rabbinic Judaism. The Talmud states, “Whoever saves a life, it is considered as if he saved an entire world.” JOL and its team of professional social workers who empower women who find themselves in a crisis situation during pregnancy have thus saved thousands of worlds, acting as cause-leaders. “We are willing to do nearly anything to save just one life,” Katz told Breaking Israel News. “We can help pay a woman’s bills and rent, offer parenting workshops, support and even train spouses who need another job to pay for a baby.” Doing so creates dignity for a family and is not a simple band-aid over a financial issue, but a longer-term investment into the future of the family. “In the absence of the support of others, we are here to reach out with an emotional and loving hand,” said Katz. By assisting mothers with challenges ranging from mental health issues, medical problems with the pregnancy, abuse, poverty and more, nearly all the women JOL sees – women who were considering abortion – to keep their babies. Such values and programs have garnered the organization great financial support from both Orthodox Jewish and often right-wing, pro-Israel Christian donors, including Evangelical Christians whose ‘pro-life’ agenda aligns with the Jewish value of saving lives. “The Evangelicals say we are doing holy work. They love us, they love the holy land and they love Israel,” maintained Katz.  “We are tied to the Evangelical Christians.” A Pro-Chance Stance According to cause-leader and JOL director Bini Maryles, however, Just One Life does not want to be labeled as ‘pro-life’ or ‘pro-choice’ – “We are what we call ‘pro-chance,’” he told Breaking Israel News – “giving every future mother the chance to make great, empowering, knowledgeable, future focused decisions about herself, her children and her family.” Despite some theological differences regarding the definition of life between Orthodox Jews and Evangelical Christians, Donna Jollay, co-founder of educational platform Yeshiva for the Nations, which aims to revolutionize Christian thinking about the Torah, maintains that Jews and Christians both value life, treating it with honor and dignity – and this is just one of the shared values that have led to the natural alliance between Christians and Jews in supporting Just one Life. The children of Israel, both Jews and Christians believe, are at stake and it is up to them to ensure its flourishing. “Certainly, by Christians supporting Just One Life and other organizations that promote life, we are continuing our shared work that is based on our value for life and vision for the future,” said Jollay. Originally posted on Breaking Israel News